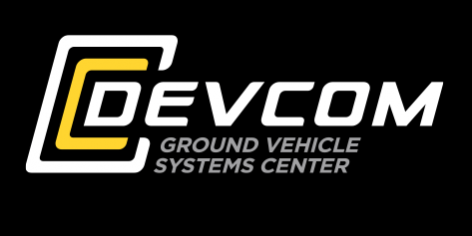 SBIR helps increase small business participation in federally funded R&D with an end goal of increasing competition, productivity, and economic growth. The SBIR Program is congressionally mandated to give small businesses an opportunity to participate in the development of innovative technology for government programs.

“Congress felt that there was a lot of talent and innovation in small business that wasn’t able to crack the bureaucracy of the acquisition process.  The SBIR program gives them the opportunity,” said George Pappageorge, GVSC SBIR coordinator.

During this all-day event, conducted on Microsoft Teams, 14 Small Businesses that were awarded contracts under the SBIR program each presented a 15-minute pitch to potential partners. This was a chance for small companies to present the technologies developed through the government SBIR program to potential partners for further funding, partnerships, transition and commercialization.

More than 90 representatives from mid to large companies and from government Program Executive Offices as well as Program Managers participated.

Pappageorge said the overall goal of pitch day is to bring together the innovative technology developers with the potential partners that can get it to customers and warfighters.

“But, when the Phase II effort has concluded, we’re seeing that effort fall into what is commonly known as the Technology or SBIR ‘Valley of Death’ – no more seed money to keep it moving to transition or commercialization,” Pappageorge said.

“Our pitch day was a chance for companies to bridge the SBIR Valley of Death.”