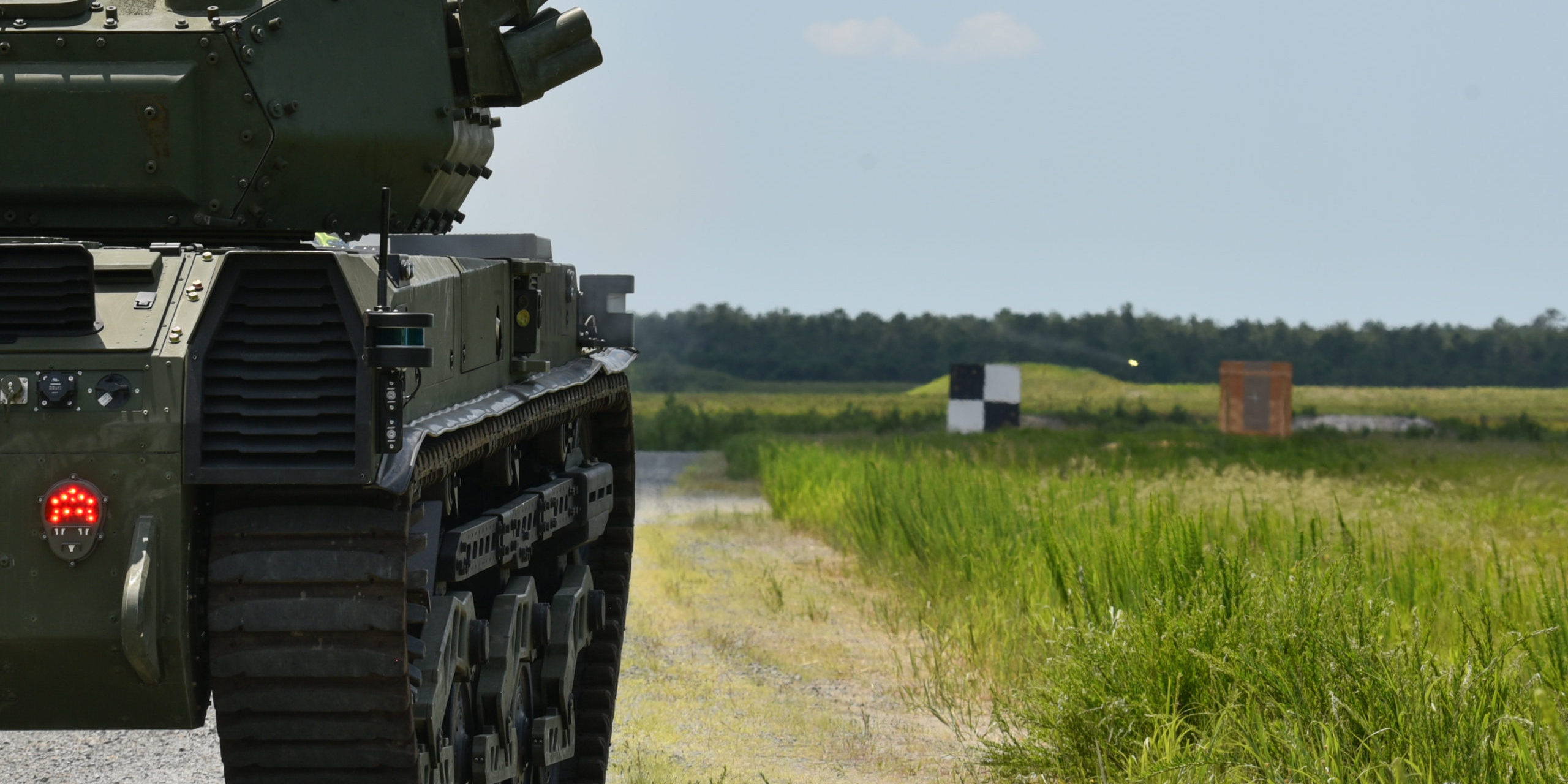 The tests focused on firing the RCV-M’s XM813 main gun, as well as its M240 machine gun, from an unmanned and wirelessly-operated weapon station.

“We want to look at the integration of a turret, which was provided as government furnished equipment to the effort, onto the platform,” said Mike Mera, an engineer in the Remote Weapons Branch at Picatinny Arsenal.

“We’re using high speed cameras to look at the platform, cannon, and turret dynamics,” Mera said. “We’ve got data collection systems downrange to collect the dispersion information, and we’ll evaluate both the performance and quality of the overall integration to make sure expectations are being met.”

The verification exercise ensured the stringent requirements for the turret and host platform were not only met by design, but also in reality.

“Here, we’re evaluating the armaments integration, but the overall expectation is to get these into the Soldiers’ hands and perform some experimentation as part of a regular training regimen down at Fort Hood, Texas, next summer,” Mera said.

Although this system has been in the works for approximately 18 months, this was its first live-fire test. 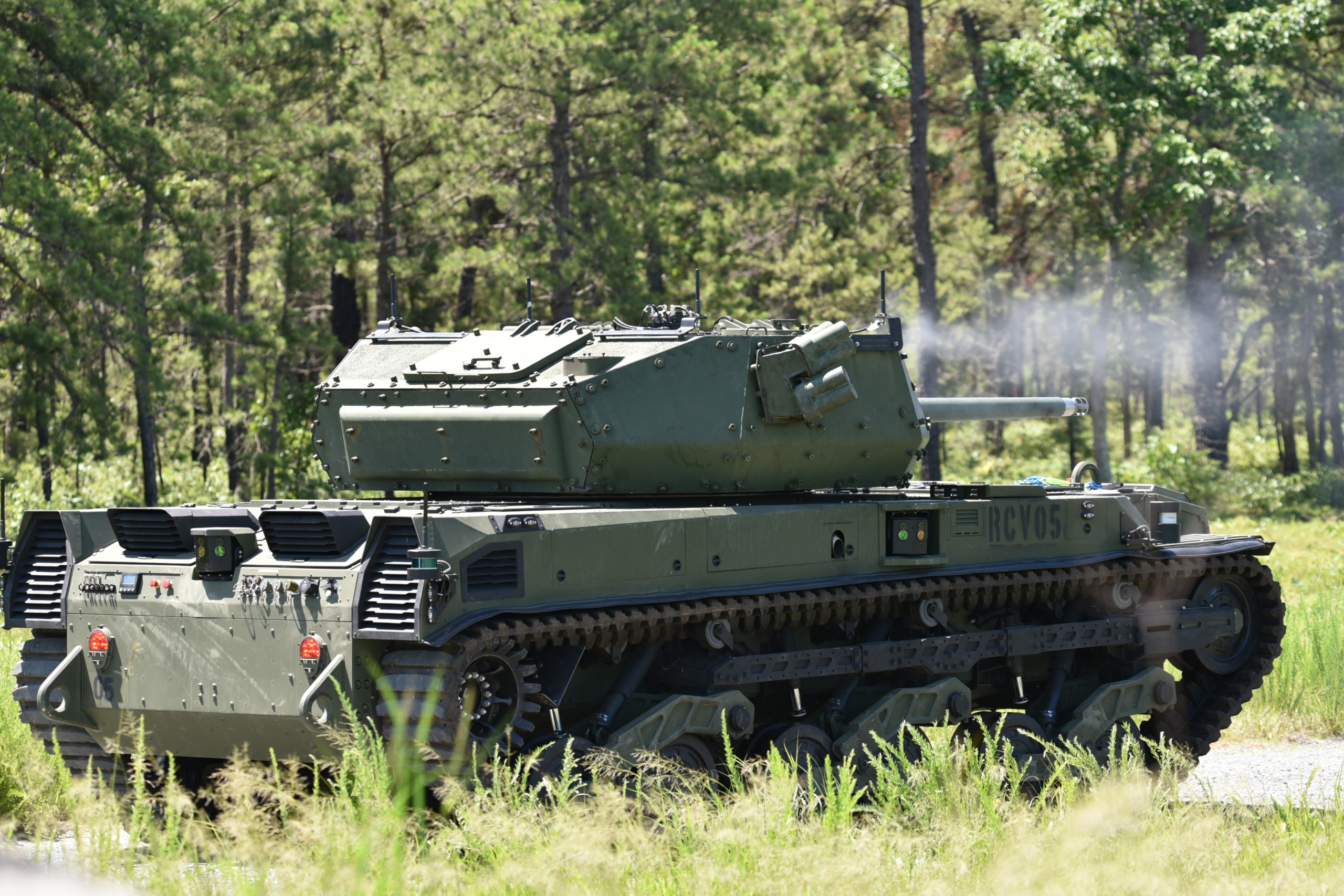 A Robotic Combat Vehicle-Medium fires a around at a target during the vehicle’s live fire testing at Fort Dix, N.J., June 30, 2021. The testing prepares the vehicle’s systems and the engineers who design and operate it the opportunity to exercise its capabilities before the 2022 Soldier Operational Experiment at Fort Hood, Texas. (U.S. Army photo by Angelique N. Smythe/Released)

“To date, there hasn’t been any testing other than in the lab,” Mera said.

The RCV-M armament system’s control station was housed in a Mission Enabling Technologies Demonstrator (MET-D). From there, crewmembers were able to move, shoot and communicate through a mixture of touchscreen panels and physical controls.

“We’ve got personnel from the Armaments Center – both government employees as well as employees of Booz Allen Hamilton,” Mera said. “The Booz Allen folks perform the energetic operations. They’re our gunners and loaders. The government personnel serve in the capacity of the officer in charge of the range – that’s myself, and the range safety officer, as well as other support. We’ve also got folks from the Ground Vehicle Systems Center. They’re supporting the platform, monitoring the overall test, providing a lot of logistic support.”

Several GVSC and Armaments Center officials also visited the range to observe the demonstration, such as Michael Cadieux, director of GVSC, and Mark Ford, Director of the DEVCOM Armaments Center Weapon Systems and Technology Directorate, among others.

Cristian Bara, a GVSC test engineer for the RCV-M and MET-D, said he also came from Michigan to observe how the guns performed from the test plan perspective and to ensure the quality of the systems were where they needed to be.

“These are all prototypes,” Bara said. “This is the first system that we’ve developed where we have a gun of this caliber mounted on the robot, a completely unmanned robot, and that is also controlled from a different location or within the manned combat vehicle; it’s certainly unique.”

The functional check ensures the MET-D and RCV systems communicate properly, messages and data are received on both ends, and the hardware and software also perform as intended.

“The overall goal is to ensure that the systems, technologies and capabilities work as we design them and are being used as intended,” Bara said. “We want to make sure we deliver a solid product to Soldiers because we’re trying to save lives.” 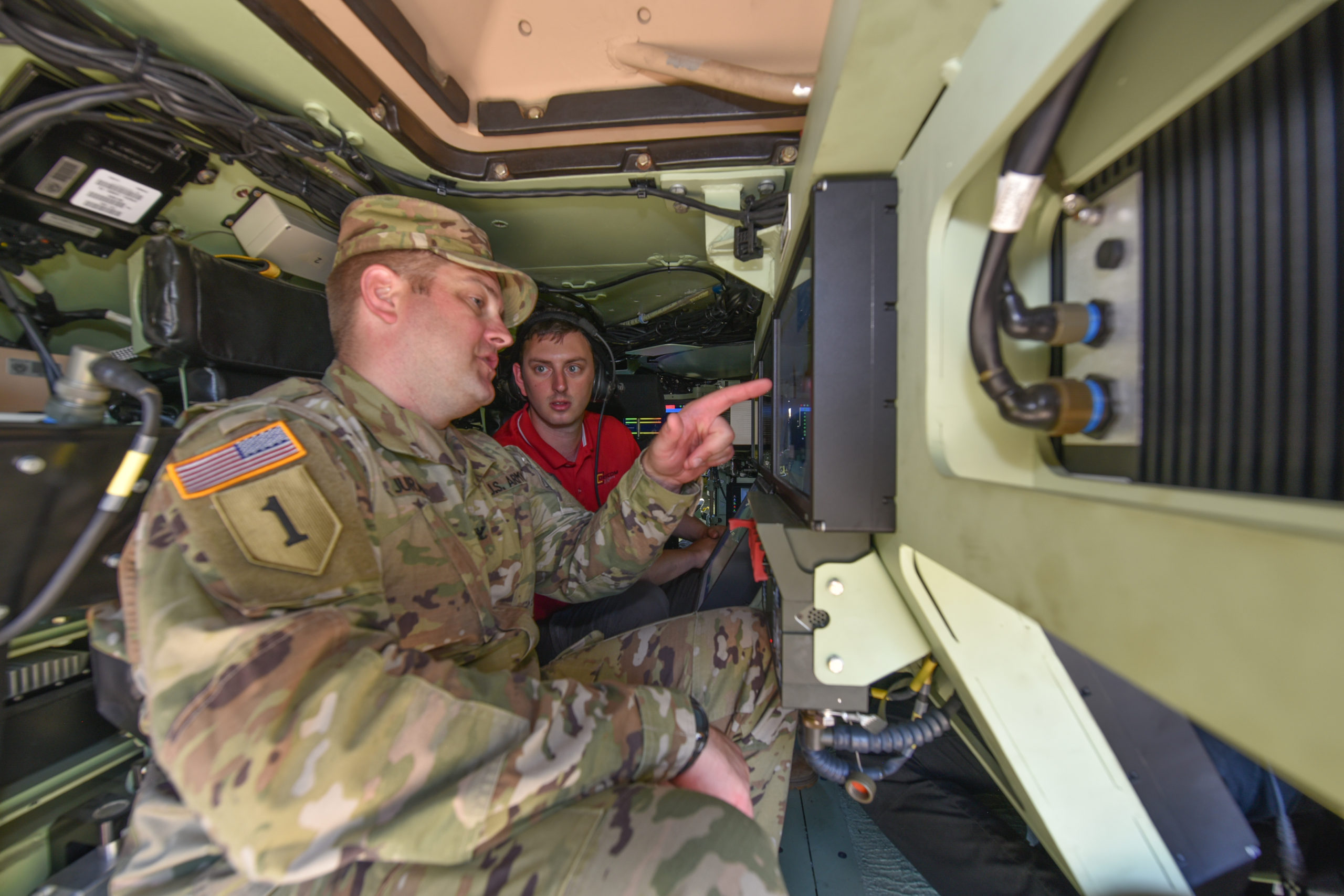 “We’re taking humans out of harm’s way,” he said. “Although it’s something we’d want to avoid, if the vehicle were to be lost, we’re not losing Soldiers. We can build new vehicles.”

“It is fitting this range is now being used to test and develop the robots that will one day fight alongside them,” said Mera.

“We wanted to do it at Camp Grayling [Michigan] because it’s closer to home, but there are a lot of active units training out there,” Bara said. “Fort Dix was available, and also Picatinny is close. Picatinny is our partner in weapons integration.”

Fort Dix is the common name for the Army Support Activity located at Joint Base McGuire-Dix-Lakehurst. It is located less than two hours south of Picatinny Arsenal. The partnership between the two installations allowed for flexibility in scheduling the range for testing of experimental systems in relevant environmental and training conditions.