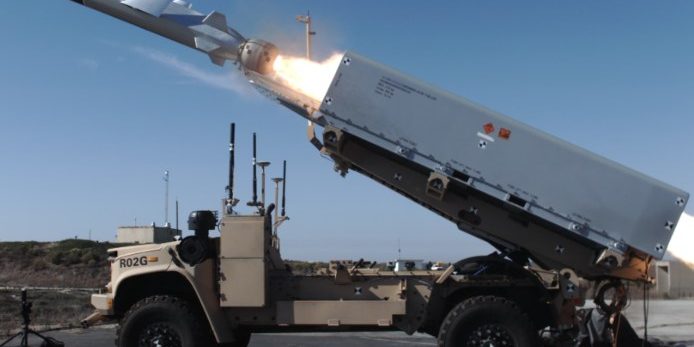 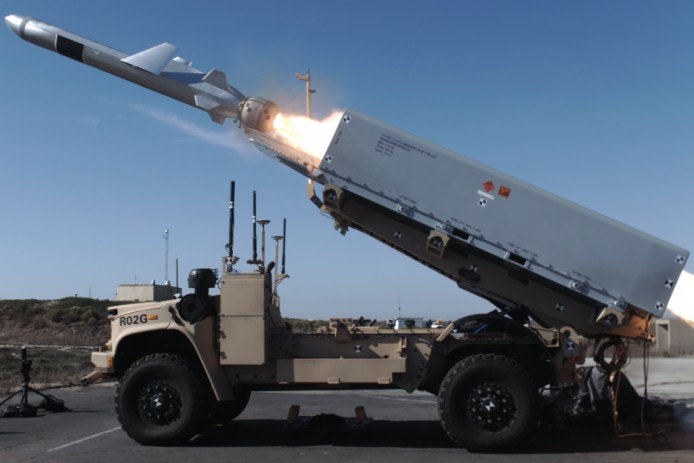 At the core of the U.S. Marine Corps’ ROGUE Fires project is a version of the U.S. Army’s Robotic Technology Kernel, developed by the U.S. Army DEVCOM Ground Vehicle Systems Center. The RTK is at the heart of all of the Army’s ground vehicle robots and provides the library of various autonomous behaviors these ground vehicles need to operate. (U.S. Navy Photo)

The Remotely Operated Ground Unit for Expeditionary (ROGUE) Fires vehicle system is a missile launcher mounted on an unmanned variant of the Joint Light Tactical Vehicle (JLTV) chassis from Oshkosh Defense. In combination, this technology makes up the USMC’s developmental Ground-based Anti-ship Missile (GBASM) system, enhancing its capabilities for a competitive edge.

While the Marines are using the ExLF iteration of GVSC’s software for the ROGUE Fires program, Theisen said the software will have the ability to be seamlessly updated to GVSC’s RTK, which includes additional behaviors developed under the AGR program.

“RTK is the common autonomy maneuver software across the DoD that enables expedient and affordable integration on current and future ground robotic solutions,” Theisen said.