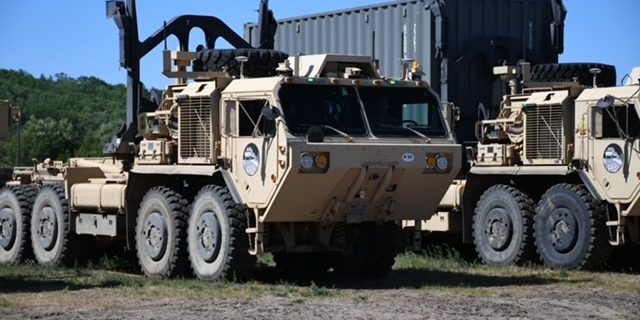 GRAYLING, Mich.— U.S. Army engineers work hard to develop new autonomous vehicle capabilities for the Warfighter.  This summer, engineers and technicians from the U.S. Army DEVCOM Ground Vehicle Systems Center (GVSC) are gathered at Camp Grayling Joint Maneuver Training Center to perform tests on the new software before turning over vehicles to Soldiers for their feedback.

At the South Forward Operating Base (FOB), the focus is on the Expedient Leader Follower Program, while at the 30 Complex the focus is Robotic Combat Vehicles, or RCVs.

“We have all the software engineers and developers from the Ground Vehicle Systems Center and our associate contractors here conducting what we call our ‘shake-out’ testing,” said U.S. Army Maj. Benjamin Hormann, a Military Project Officer for GVSC Ground Vehicle Robotics whose focus is on Expedient Leader Follower, a semi-autonomous technology integrated on a set of the Army’s Palletized Loading Systems (PLS) and the Marine Corps’ Logistics Vehicle System Replacement (LVSR). “We want to make sure we can place the vehicles into a robotic state.”

Hormann said the shake-out testing is done in order to ensure the new developments are working safely and as intended for our primary customer: the Warfighter.

“The overall goal for the system is to reduce risk for Soldiers,” said Hormann. “We want to allow Soldiers the ability to complete their tasks without being inside the vehicles. The autonomous technology that we are working on is allowing our Soldiers to remain in the fight and reduces the risk of injury,” said Hormann. “What we’re working on today is feeding into the next generation of Robotic Combat Vehicle systems.”

“The engineers and developers are creating new behaviors into the software for Autonomous Ground Resupply (AGR) and loading it onto vehicles.”

Hormann said that the new autonomous behaviors are a game-changer for combat on the front lines, and will ultimately lead to more advances in U.S Army technology.

David Pirozzo is an Autonomous Behaviors Tech Specialist at GVSC, and has been leading the team working on integrating these new behaviors onto vehicles at the South FOB.

“We’re trying to integrate capabilities from AGR into the Robotic Technology Kernel (RTK),” said Pirozzo. RTK is the government-owned software based on the Robot Operating System – Military (ROS-M). “Specifically, we are looking to bring in the convoy behaviors to RTK.”

Pirozzo said the convoy application has been a capability gap. “Once we pull that into RTK, the types of missions we can support will expand greatly.”

“It’s not about improving these behaviors,” said Pirozzo. “We want to make the interfaces between the components of AGR and RTK work together.”

The new software created for the leader-follower technology is unlike any others the Army has used. “There’s definitely a higher level of autonomy than ever before,” said Pirozzo. 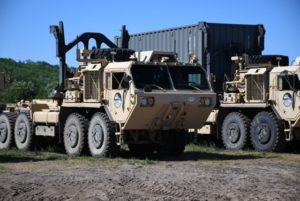 Expedient Leader-Follower trucks at Camp Grayling, Michigan, have been loaded with autonomous technology by U.S. Army engineers and technicians. The trucks are being tested to ensure they can be operated unmanned. (U.S. Army photo by Kennedy Thomas).

Engineers at the 30 Complex have integrated autonomy software onto RCVs, and have been performing tests on these prototypes.

Tim Wahmhoff, a computer engineer at GVSC in Ground Vehicle Robotics, plays a big role as the Autonomy Integration Tech Specialist at the 30 Complex.

“When we hand the vehicles over to the Soldiers for evaluation we don’t want them dealing with software bugs,” said Wahmhoff. “We want to ensure the system is working at its best.”

Wahmhoff said that autonomy greatly decreases risks for Soldiers on the front lines. “It allows the Soldier to sit back from a more guarded position and push the vehicles out in front in order to complete their mission from a safer distance,” said Wahmhoff.

Cristian Bara, a GVSC Testing Engineer working at the 30 Complex, said the work being done at Camp Grayling is critical for Army engineers to complete.

“The ultimate goal here is to keep Soldiers out of danger,” said Bara. “We want to save lives.”

Bara said the technology being developed and tested at Camp Grayling is extremely unique and is expected to be used for several generations. “Robots are the future— that is a guarantee.” 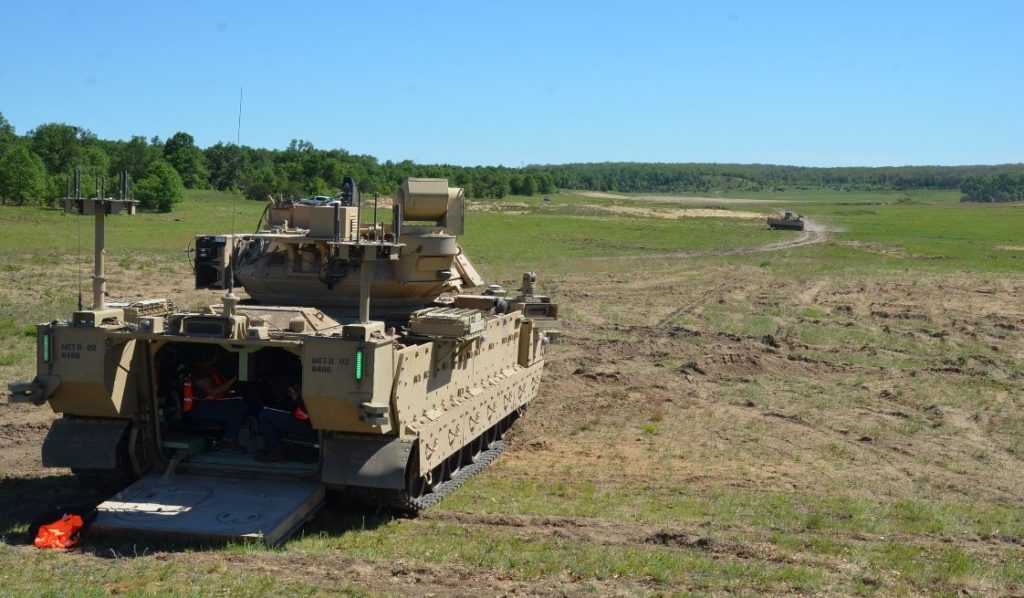 U.S. Army engineers and technicians at Camp Grayling’s 30 Complex are testing Robotic Combat Vehicles equipped with autonomous software so they can be operated from a distance. (U.S. Army photo by Kennedy Thomas).