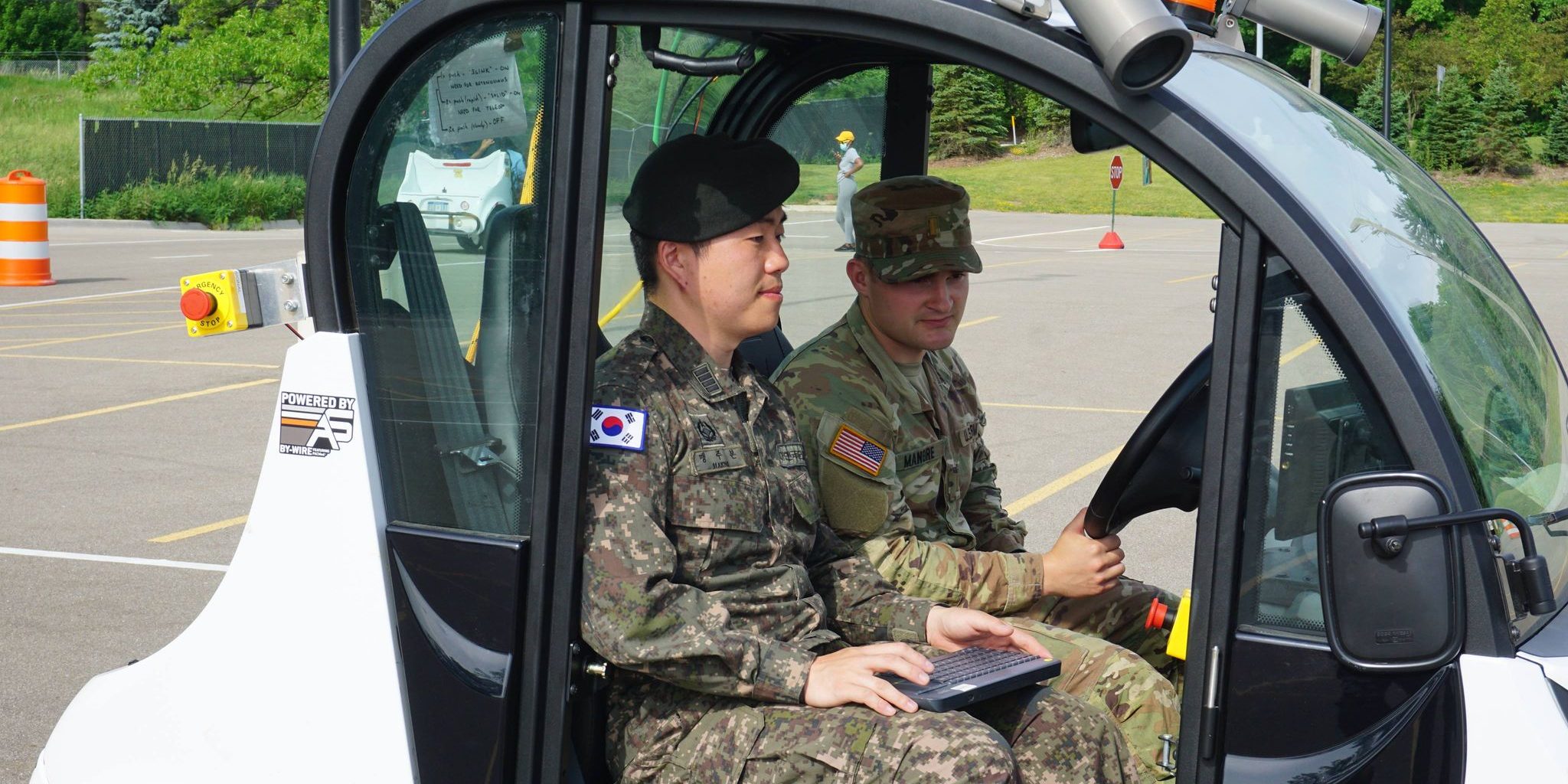 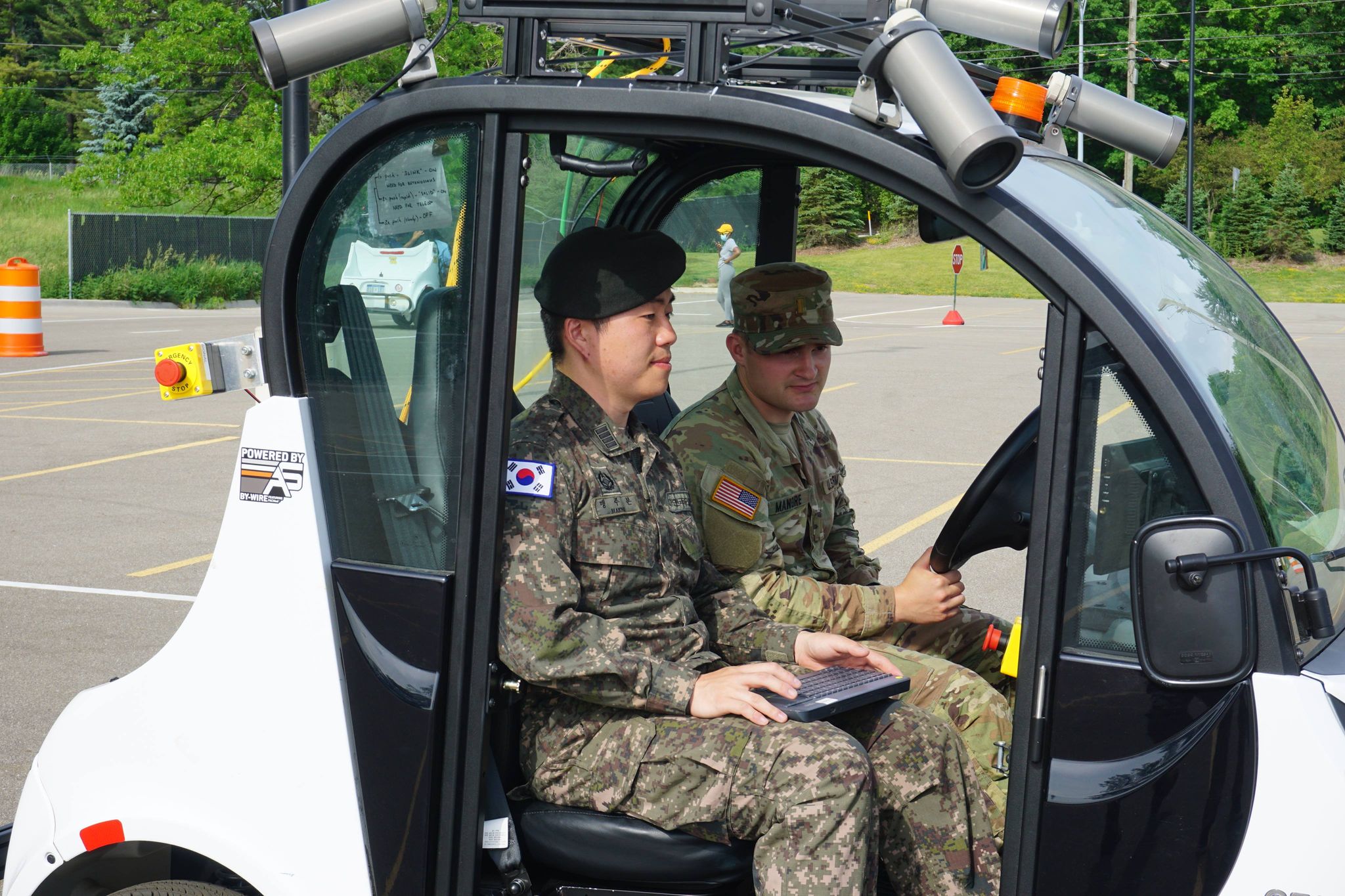 The United States Military Academy at West Point has a long-standing collaborative relationship with Combat Capabilities Development Command (DEVCOM) Ground Vehicle Systems Center (GVSC) to develop autonomous capabilities for ground vehicles. Some projects include Ground Vehicle Robotics GVRBot, Autonomous Tunnel Exploration (ATE), Robotic Combat Vehicle (RCV), Project Convergence, and Robot Operating System (ROS) migration to 2.0. These collaborations are made possible by many partners across the Department of Defense to include the Defense Thread Reduction Agency (DTRA) and the Office of Naval Research (ONR). The overall goal of these partnerships is to enhance the capabilities of the Joint Warfighter to achieve overmatch against adversaries of the United States.

“West Point offers a great mix of future Army officers along with a dedicated faculty to advance autonomy for our ground forces.” said Bob Sadowski, the Army’s Chief Roboticist and a member of the DOD S&T cadre.

Recently, West Point’s AVRAD (Autonomous Vehicle Research and Development) team won 2nd place in the Self-Drive Challenge of the 28th Annual Intelligent Ground Vehicle Competition (IGVC) held June 4-7. Hosted by GVSC and Oakland University, teams from around the world competed in a series of urban navigation tasks such as lane following, pedestrian detection, and automatic braking on a fully autonomous electric vehicle. These software modules and underlying Artificial Intelligence algorithms may be incorporated into the Army’s vehicle autonomy software. The AVRAD Team consisted of members from the Departments of Electrical Engineering and Computer Science, Systems Engineering, Civil and Mechanical Engineering, and Math. Faculty from the Robotics Research Center advised the team and assisted the team with logistics and equipment. 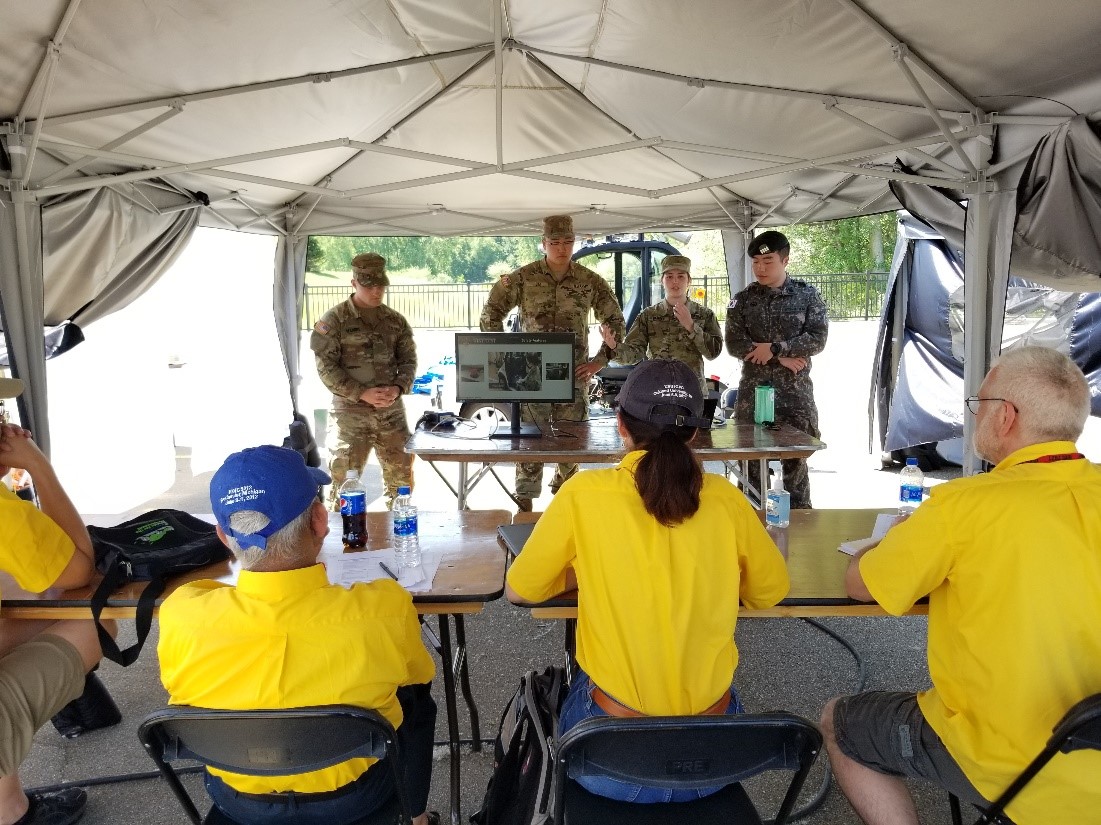 “The interaction and briefing by the West Point team was phenomenal,” said GVSC Director Michael Cadieux. “These future leaders will see robots and autonomy in their formations, and they must understand the complexities of these systems and how to properly employ them in combat.”

This competition marks West Point’s third year developing software for the IGVC Self-Drive competition, but only the second year competing due to the 2020 competition cancellation. Each year a new group of “Firsties” (undergraduate seniors) is introduced to the challenge through an interdisciplinary capstone class. They work together to identify functional requirements for qualifying and scoring at the competition, investigate and downselect strategies for meeting those requirements, and develop and test autonomy software modules that implement those strategies.

To qualify, an IGVC Self-Drive team vehicle must pass a functionality and emergency stop test, autonomously stop at stop signs, make right and left turns at intersections, and follow lanes.

Additional points are scored by performing various functionality tasks such as emergency braking in front of road obstacles, potholes, and pedestrians, parallel parking, changing lanes, and swerving around road hazards. The final score also includes a significant software design and presentation component in which the team’s strategy is submitted as a publication-quality paper and gives a 10-minute technical presentation of their work to a group of judges. 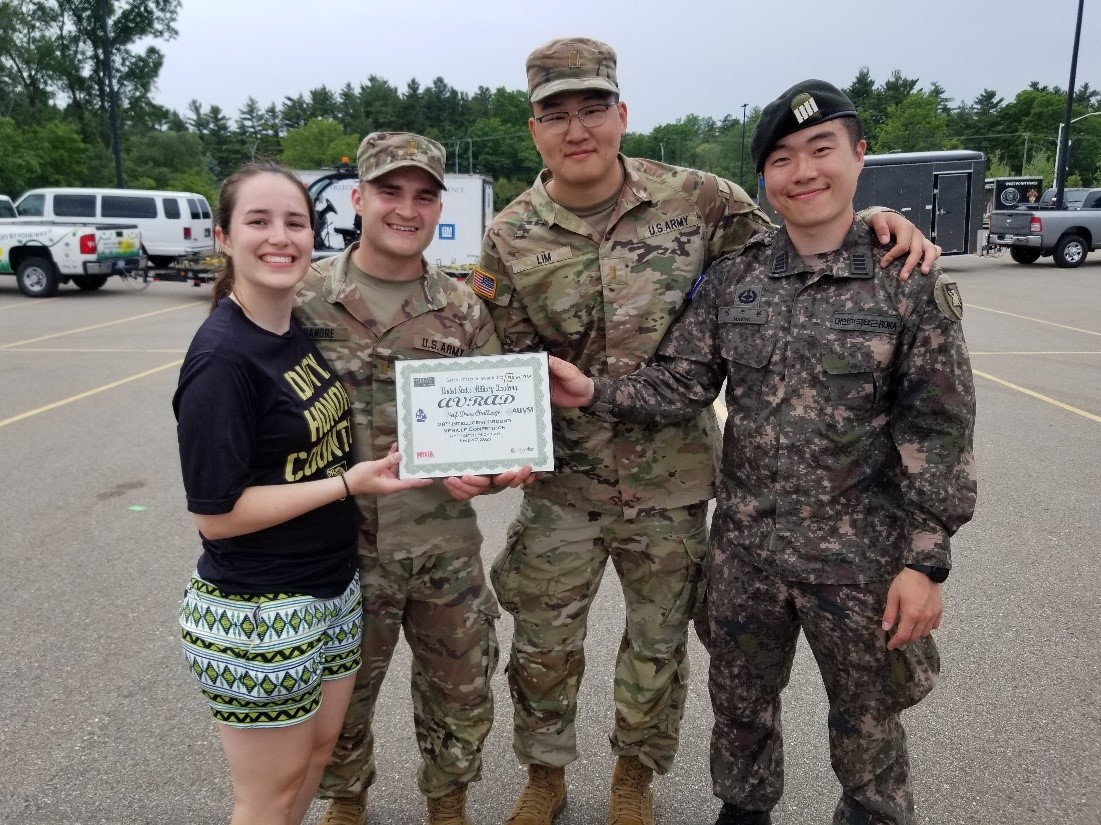